Spune’luxutth is a healthy, safe and independent community guided by our strong traditional culture.

Our vibrant local economy and our extensive community facilities, services, and programs sustain our independence, safety, health, and our people. We live off the ocean, and our water and land are clean and pristine.

Our traditional language and our cultural customs are alive and celebrated, and our Elders are active and respected. A diversity of housing allows our Elders, Youth, and Families to stay in the community and grow through different stages of their lives. Members are supported by a strong community that takes care of each other. 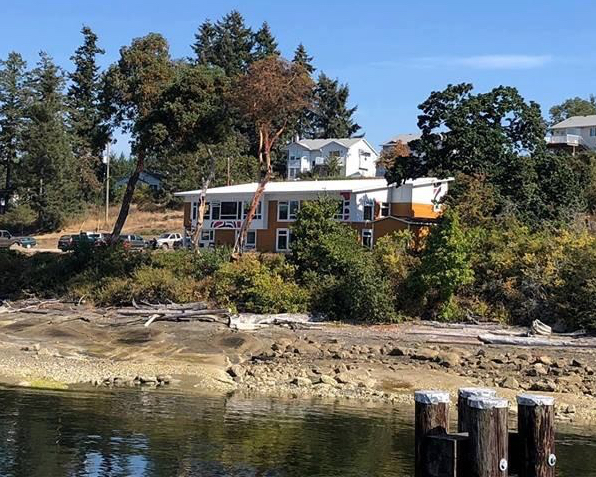 Penelakut Tribe is a Hul’qumi’num speaking community that is separated into 4 reserve locations:

The four reserve locations are located adjacent to Chemainus and in the Southern Gulf Islands. The island reserve locations are only accessible by ferry or boat. Together, we have a total of 1,001 registered Penelakut Community Members that are split into half on-reserve and half off-reserve. 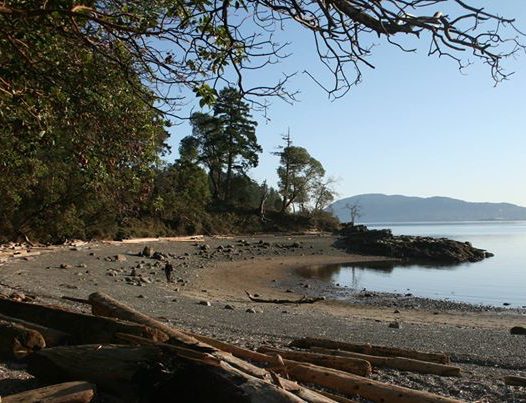 “First, I’ll tell you about the name ‘Puneluxutth’. That name means two logs Half-covered with sand.” Longer ago than I can tell you, there were no people living in this land. Then the sun made a few people, one here, one there, in different places; but, ‘member, they were not big and tall. The first men and women were very small, like this—she held up a mummy-like thumb—Well, as I told you, there was no one on Kuper Island, only the birds and animals; but the island looked just as it does today. At the north end was that long point that makes one side of a bay.

At the head of this bay, upon the bank, there was a spring of nice water coming right up out of the ground, and by that spring were two great cedar logs, lying on the ground and half-covered with sand washed up by the waves when the water was high. I don’t know how many years those logs had been there, with only the birds flying near, and the animals coming to drink in the spring. When, one morning, the sun was shining down oh, so hot, it shone down on those two logs and they got hotter and hotter. A maple tree was growing near and it gave a little shade to one of the logs, but the other was right out in the sun.

Bye-and-bye the bark on this log began to crack, and soon it began to move as though something in the log was trying to come out. Suddenly there was a loud crack! The bark split open, and out came a little man! He crawled out of the log and sat in the sun, getting strong. Now, the water was far out that morning, and as the sun got hotter and hotter the sand got very dry and hard; and as the little man sat upon his log watching the sun drying up the water, he saw the sand between the two logs open, just as the bark had done, and out of the sand came a little woman! My, he was glad to see someone who would be a friend. He got down from his log, and together they walked over the sand until they came to the spring. Here they sat down and drank the fresh, clean water, and ate some blackberries; growing near.

“‘This is a good place,’ said the man. I think we had better make our house here. So the two little people got busy, taking the bark off cedar trees and fastening together until at last they had made a little house beside the spring. What name shall we give our house? asked the woman. ‘We will name it by those big logs where we were made,’ he told her. So those two first people called their house “Puneluxutth”—two logs half covered with sand.